If you prefer NOT to pay back present or prior employee debt, bankruptcy can help you use the law to prevent it from being a priority debt. 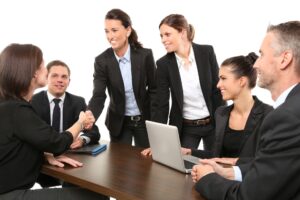 Image by Werner Heiber from Pixabay

Imagine that in the near future you’re closing down a business and filing bankruptcy.  You owe an employee or independent contractor back wages or commissions. But you’d rather not pay that debt because you believe that employee had a major role in the business failing. You’d much rather have your scarce money go towards, for example, paying your income taxes. How do you use the law to your advantage to accomplish this?

Our last blog post showed how to use the law to pay a favored prior employee or independent contractor. Today we show how to avoid doing so.

It’s All About The Timing When Paying Prior Employee Debt

We fully laid out the rules about “priority” wage/commission debts in our blog posts of 3 and 4 weeks ago. Briefly, a wage or commission is a priority debt if it meets two conditions. One’s a timing condition and the other a dollar-amount one. The wage/commission money owed:

Assume that the amount you owe your prior employee or independent contractor is less than $13,650, thus meeting that condition. So the other, timing condition is what we’re focusing on.

Some Facts For Our Example

You owe $7,500 for a prior employee’s debt for wages and benefits. He earned these wages and benefits over a period of four months, from 180 to 60 days ago. That’s when you laid him off, suspecting embezzlement or other inappropriate behavior.

Your sole proprietorship business is still operating, but you intend to close it and file personal and business bankruptcy soon.

You owe $10,000 in last year’s personal income taxes. In addition you owe $150,000 more on all of the rest of your debts. These consist of unsecured trade debt, business and personal unsecured credit cards, and medical bills. These are all considered “general unsecured” debts.

Not Paying Prior Employee Debts In Asset Chapter 7

An asset Chapter 7 case is one in which you have some assets which are not protected. They are not protected from a Chapter 7 trustee taking and liquidating them to pay your creditors. The crucial fact is that the trustee pays any priority debts in full before paying a dime of general unsecured debts. Often there’s only enough money to pay priority debts—in full or pro-rata—with nothing or very little left for the general unsecured debts.

This equipment has a liquidation value of about $10,000. You won’t need the equipment after closing the business. But you do want to put its value to the best use possible.

The point is to use the above timing condition to turn this prior employee debt into a general unsecured one. You do that by either closing your business or filing the Chapter 7 case so that the $7,500 wage debt was not earned during the 180 days before either of those two events. Under our facts the wages were most recently earned 60 days ago. So wait 120 more days to either close down the business or file the Chapter 7 case. That way none of the wages would have been earned within the 180-day period  (It’s the earlier of those two events that counts so you can’t do either for 120 days. But once you do one—such as close down the business—you can file the bankruptcy case at any point later.)

The Result In The Asset Chapter 7 Example

Under our facts, the trustee would do the following with the $10,000 from sale of the business equipment. After paying his or her legally-allow fee, all the rest would go to your income tax debt. None would go to your disfavored prior employee.

The trustee’s fee would likely be no more than $1,750. It’s calculated at a maximum of 25% of the first $5,000 liquidated amount and then 10% on the second $5,000. Section 326(a) of the Bankruptcy Code. $10,000 minus $1,750 leaves $8,250. That remaining $8,250 would go to pay priority debts first, before paying anything to the general unsecured debts. In our example the wage debt is all general unsecured debt, not priority debt. So all of the remaining $8,250 would all go to your last year’s income tax debt of $10,000. You’d owe the rest—about $1,750. But you would have used most of your equipment value towards a debt you would have otherwise had to pay anyway, leaving a relatively low balance. And again, you met your goal of having none of your equipment value going to your prior employee.

Not Paying Employee In Chapter 13

In our example, if you were to close down the business or file bankruptcy right away, the $7,500 owed as a prior employee debt would be a priority debt. During the course of the payment plan you’d have to pay it in full. That’s in addition to paying the $10,000 income tax priority debt in full.  What happens if your budget would not allow you to do that in 3 years? The payments could be extended as long as 5 years to accomplish that. That is, you could be in your case years longer if your employee debt was a priority one.

So, if you’d close the business or file the Chapter 13 case right away, you’d have to pay your prior employee’s prior wage debt in full. If you couldn’t do so (and pay the income tax debt, etc.) within 3 years, you’d have to pay as much as 2 years longer.

If instead, you’d wait until the wage debt turned into a general unsecured debt, you’d likely pay it very little. There’s a decent chance (depending on your budget) that you’d pay nothing on it at all.

Paying Part or All of Tax Debt via an “Asset” Ch. 7