If you owe employee wages when you file bankruptcy, that debt may or not be a priority. Here’s what determines this and why it matters. 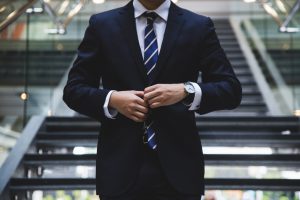 Photo by Hunters Race on Unsplash

(Secured debts are the third main category of debts. These are secured by your assets. We’ve covered those before and will again later. But now we’re addressing priority debts, which are not secured by any of your assets.)

The most common priority debts in consumer bankruptcy cases are income taxes and child/spousal support. So our recent blog posts have focused on these two. But if you have been operating a business with employees or independent contractors, there are other important potential priority debts. These involve unpaid wages, salaries, commissions, and benefits owed at the time of bankruptcy filing. Our next few blog posts will focus on these.

The Conditions of Priority

If you owe a wage, salary, commission, or employee benefit when filing bankruptcy, that may or not be a priority debt. It depends on timing and the amount owed. The pertinent statute says that priority debts include those:

only to the extent of $13,650 for each individual or corporation, as the case may be, earned within 180 days before the date of the filing of the petition or the date of the cessation of the debtor’s business, whichever occurs first, for… wages, salaries, or commissions, including vacation, severance, and sick leave pay earned by an individual

This dollar limit is mostly self-explanatory. Any amount owed to an employee up to $13,650 is a priority debt. Any amount beyond that is just a general unsecured debt.

The wage, commission, etc. must have been earned within a very strict time period of 180 days. This is 180 days before your bankruptcy filing date or before you stopped operating your business, whichever happens first. So, for example, if you stop operating your business on January 1 and then file bankruptcy on the following March 1, the pertinent period would be the 180 day period before January 1. Wages, etc. earned during that period would count as a priority. Earnings outside that period would be general unsecured debt.

Whether a debt is a priority or a general unsecured sometimes doesn’t matter. But often it matters a lot.

Even though a business cannot file a Chapter 13, the priority-general unsecured distinction also matters a lot in all Chapter 13 “adjustment of debts” cases. A 3-to-5-year court-approved Chapter 13 payment plan must pay all priority debts in full. In contrast, the plan usually pays general unsecured debts only if and only to the extent there’s any money left over after paying all priority (and often secured) debts first. The result is that priority debts stand a much better chance of getting paid. In contrast, general unsecured debts often receive only a small portion of the amount owed, and sometimes absolutely nothing. (This also largely applies to Chapter 11 business reorganizations and Chapter 12 farm reorganizations.)

So under “asset” Chapter 7s and all Chapter 13s, whether a wage, etc. meets the priority conditions or not usually makes a tremendous difference about whether and the extent to which it is paid.

Wage priority is fourth out of the ten listed priority debts. Some of these ten are obscure ones that seldom apply. Focusing on the most common ones, the wage priority is lower than the child and spousal support debts but higher than income taxes.

How Bankruptcy Handles . . . Withholding Taxes Owed on Behalf of an Employee