If you prefer to pay back wages to a present or prior employee, you can pay the employee debt in Chapter 13 especially well if that debt is a priority. 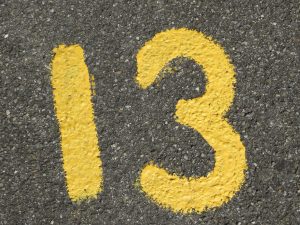 Image by Hebi B. from Pixabay

In two prior blog posts, we discussed debts you owe to your employees and independent contractors. Specifically, we discussed the conditions under which past wages, commissions, or benefits qualify as a“priority” debt.

Today, we’ll show how you could pay an employee/independent contractor in full in Chapter 13 “adjustment of debts” case.

Why Priority Matters When Dealing With Employee Debt in Chapter 13

Assume you’d really like your former (or ongoing) employee/independent contractor to receive payment on what you owe. Whether that debt qualifies for priority status often determines whether you’ll pay that debt or not. Or it may determine whether it’s paid in full, in large part, very little, or nothing at all.

Focusing on Chapter 13, whether or not a debt qualifies as a priority is usually crucial. That’s because you are legally obligated to pay all priority debts in full. Debts that don’t qualify as priority usually receive much less and sometimes receive nothing.

Your Chapter 13 payment plan must show how you will pay all priority debts. A bankruptcy judge will otherwise not approve the payment plan. The U.S. Bankruptcy Code is straightforward:

(2) shall provide for the full payment, in deferred cash payments, of all claims entitled to priority under section 507

Section 1322 of the Bankruptcy Code.

(There’s an exception if the employee/independent contractor agreed not to receive “full payment.” But assume here that—as is almost always true—he or she wants to get fully paid and won’t agree to the contrary.)

So what happens to employee debt in Chapter 13 if that wage/commission does not meet the conditions to be priority debt? That wage/commission is lumped in with all the other ordinary “general unsecured” debts. Very seldom do Chapter 13 plans pay general unsecured debts in full. (A so-called 100% plan.) Most often they receive significantly less than 100%. (Say, a 30% or 40% plan.) Quite often they receive payment of only pennies on the dollar. (For example, a 3% plan.) Finally, it’s not unusual that general unsecured debts—including a non-priority wage/commission debt—would receive absolutely nothing. (A so-called 0% plan.)

In summary, your plan must pay a priority debt in full. But the plan will very likely pay your general unsecured debts a fraction, or possibly even nothing.

Assume you owe a prior employee $5,000 for wages earned over a period of four months. This period was from 150 to 30 days ago, at which point you had to lay him off.

Your sole proprietorship business is still operating. You intend to close it and file a Chapter 13 bankruptcy soon. You have a decent job waiting for you as soon as you do and have some flexibility when to start.

The rest of your debts equal $125,000, which are all general unsecured. None are priority debts except potentially the $5,000 you owe to your prior employee.

Reminder about the Priority Conditions

As discussed in our last 3 blog posts, a wage is a priority debt if it meets two conditions:

With the amount of the wage owed in our example being $5,000, this debt meets the second, dollar-limit condition. So we focus the rest of this blog post on the first, timing condition.

Timing the Filing of Your Chapter 13 Case

As you can see from the timing language in the statute above, a wage’s priority status turns on when the employee earned it.  The wage (or commission or benefits) must have been earned within a 180-day period. That period must be immediately before either the closing of your business or your filing Chapter 13, whichever of those happens first.

Back to the Example

To pay the $5,000 wage debt in full, you need to have it meet the conditions of priority status. Your business is still operating at the moment. You have control over when to cease operating, and when to file the Chapter 13 case.

In the real world you actually likely have limited control over these two events. You likely have various constraints on both. Timing when to shut down even a small business usually involves a variety of practical, and sometimes tough, choices. Timing a Chapter 13 filing likely turns on the creditor collection pressures and there are often other legal timing considerations.

But let’s assume you have at least some flexibility. Under our facts, if you want this employee’s wage debt to be a priority debt you need to do one of two things within the next 30 days. You need to either close down your business or file your Chapter 13 case within that time.  After that some of this employee’s wages will start turning into general unsecured debt. (Recall it was all earned 150 to 30 days ago.) So after 30 days the oldest of the wages will be more than 180 days old. Then 210 days from now the last of the wages would turn into general unsecured debt.

If you can’t file your Chapter 13 within 30 days for practical or legal reasons, it’s enough to just shut down your business. As you see from the statute’s language, that triggers the 180-day period, even if you don’t file the Chapter 13 case until later.

What Happens in a Chapter 13 Case

Assume you either shut down your business or file your Chapter 13 case within the next 30 days. Then the $5,000 wage debt would be a priority debt. Simply put, Chapter 13 law requires the payment plan you and your bankruptcy lawyer put together to include enough money to pay that $5,000. The bankruptcy court would otherwise not approve the plan. Furthermore, you could not complete the case without actually paying off that $5,000.

Now assume instead that you don’t shut down your business and don’t file Chapter 13 until after 210 days from now. Then, as just discussed, none of the wage debt would qualify as a priority. It would all be general unsecured debt. Assume that in the next 3 years you would afford to pay $200 per month on all of your debts. That’s a total of $7,200. Assume that you paid all your attorney fees when you filed your case (leaving none to pay in the plan). In your jurisdiction assume the Chapter 13 trustee gets 10% of everything that flows through the plan—$720. That leaves the rest—$6,480—to go to all of the creditors. The general unsecured debts total $130,000—$125,000 plus the $5,000 wage debt. The $6,480 would be divided among this $130,000, meaning that these debts would receive about 5% of the amounts owed. Your former employee would receive only about $250 on the $5,000 wage debt.

So, if the $5,000 wage debt would qualify as a priority, your former employer would receive payment in full. If none of it would so qualify, your employee would receive only about $250. Contact your bankruptcy attorney to discuss this issue in more detail.

Paying Part or All of Tax Debt via an “Asset” Ch. 7