Bankruptcy advantages in paying income taxes through Chapter 13 become more evident when you see what you don’t have to pay. 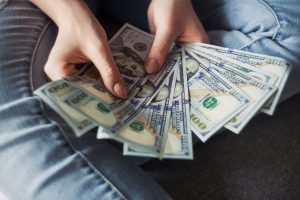 Photo by Alexander Mils on Unsplash

In the last post, we got into the advantages of paying priority income taxes through a Chapter 13 “adjustment of debts” case. Those are the usually-recent income taxes that cannot be written off (“discharged”) in bankruptcy. Today we show more clearly how Chapter 13 can be tremendously helpful with income taxes.

The Example: The Tax Breakdown

This example expands on one we introduced in the last post. Assume that you owe $10,000 to the IRS for income taxes from the 2016 tax year.

There is also a failure-to-file penalty of $2,000 for filing four months late without getting an extension. The IRS assesses that penalty at 5% per month of being late. So here, four months at $500 per month = $2,000.

You also owe interest on the unpaid tax. It’s more complicated to calculate because of the rate changes. It’s been at 5% per year since April 1, 2018, and 4% for two years before that. Plus, it compounds daily. To keep it simple, assume for this example that $1,200 of interest has accrued on the $10,000 tax owed.

The Tax and Interest vs. the Penalties

1. Accrued interest. If an income tax does not qualify for discharge (under the rules discussed last week), neither does the often happen. So during a Chapter 13 case, you’d have to pay the tax and the interest (accrued up to the date of bankruptcy) in full. In our example, that’s the $10,000 in straight tax plus the $1,650 of interest, or $11,650.

In our example, the $3,650 in penalties is general unsecured debt. So during your 3-to-5-year case, you pay this portion only as much as you can afford. You may pay nothing.

3. Ongoing interest and penalties. Usually, you don’t pay any ongoing interest or penalties on the tax during the Chapter 13 case. The IRS continues to track it. But as long as you finish the case successfully, you will not have to pay any of it. This lack of ongoing interest for 3 to 5 years saves you a lot of money. It also often enables you to end your case more quickly.

Now assume you filed a bankruptcy case on December 10, 2019. You were in a hurry to file because the IRS was threatening to garnish your paycheck. The 2016 income tax is not discharged in bankruptcy because it’s less than three years from the tax return filing deadline of April 15, 2017, and the December 10, 2019 filing date.

If you filed a Chapter 7 “straight bankruptcy” that would have provided only limited help. It would have stopped the IRS’s garnishment threat for three or four months while the Chapter 7 case was active. Then if discharging your other debts would free up enough cash flow so that you could reliably get on an installment payment plan with the IRS to pay off the $14,850 reasonably quickly, then Chapter 7 might make sense.

But that’s a big “if” which doesn’t often happen in the real world.  And even if this scenario were possible, you’d likely pay much more than under Chapter 13. After a Chapter 7 case, you’d have to pay the $3,650 in accrued penalties in full (instead of only in part or not at all under Chapter 13). Interest, and the failure-to-pay penalty, would continue accruing non-stop until paid off. This continued penalty adds to the amount you eventually have to pay. Each time you’d make a payment, a part would go to that month’s new interest and penalties. So you would have to keep paying longer.

We’ve explained why his situation should play out much better under Chapter 13. But we’ll show how it works over the course of a payment plan in our next blog post.

How Bankruptcy Handles . . . a Chapter 13 Plan for Paying Both Income and Property Taxes

How Bankruptcy Handles . . . a Chapter 13 Plan of Paying Income Taxes

How Bankruptcy Handles . . . Income Taxes that Your Ex-Spouse Was Required to Pay but Is Now Paying through a Chapter 13 Bankruptcy Case