An example of a “preference” makes more sense than explaining it in legal terms. Here’s one. This also helps explain how to avoid creating one. 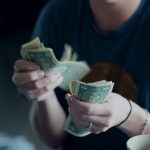 Photo by Sharon McCutcheon on Unsplash

Last week we explained why paying a creditor before filing bankruptcy could cause problems during bankruptcy. That’s especially true if the creditor you pay is one that you have personal reasons to favor. We explained the circumstances in which such a payment might possibly be considered a “preference,” or a “preferential payment.”  If so, your favored creditor could well be required to return the money you paid, except not to you but rather to your bankruptcy trustee, for distribution to your creditors in general.

We ended last week saying we’d next give you an example of a preferential payment made during the holidays, and practical ways to avoid it.

Imagine that you owe your sister $3,000 for loaning you this money in 2016 to pay your mortgage (or rent). Nothing was put in writing, and you didn’t have to pay interest. But you and your sister agreed that you had to pay it back. Now she’s unexpectedly getting a divorce and she really needs the money. You’re planning on filing bankruptcy early in 2019. You’ve stopped paying most of your other creditors and are making extra money from a part-time job during the holidays. So you now have the $3,000 to pay her back.

Here’s what would likely happen if you paid her now and then filed a bankruptcy case within a year of doing so.

A month or two after filing bankruptcy the bankruptcy trustee would very likely demand that your sister pay $3,000 to the trustee.

The $3,000 would likely be considered a preferential payment because it was:

Assuming the payment meets these requirements of a preference, if your sister didn’t pay the bankruptcy trustee the demanded $3,000 the trustee would likely sue her to make her pay. Once the trustee got that $3,000, it would be divided among your creditors according to a set of “priority” rules. Your sister may receive nothing from this distribution, or likely only a small portion of the $3,000 you owed. Your effort at helping her would likely have seriously backfired.

You can avoid this preferential payment problem simply by not paying your sister anything during the year before filing bankruptcy. (This includes either money or anything else of value.)

Instead talk with your bankruptcy lawyer about how to best protect the $3,000 that you’ve scraped together. And then pay your sister after your bankruptcy case is filed. If you’re filing a Chapter 7 “straight bankruptcy” case, that may mean a delay of only a few weeks.

If you’ve already made the payment to your sister discuss this as soon as possible with your lawyer. If may or may not be possible to undo this payment. If so, that may solve the problem. If not, it may make sense to wait for a year to pass from time of the payment to your filing.  (Or you may need to wait only 90 days if the person you paid does not qualify as an “insider.”)  Either way, in some circumstances it may not make sense to wait. Your lawyer will help you weigh your options.

So again, talk with your lawyer right away if you think you may have made a preferential payment. Or preferably do so before you pay a creditor, in order to prevent doing what may not be in your best interest.