Do you feel like you should pay on or pay off a certain debt now, even though you’re behind on all your debts around the new year?  It may be dangerous to do so. 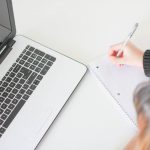 Last week we explained how giving a significant gift before bankruptcy could cause problems during bankruptcy. This also applies to selling something for much less than it is worth. Such a gift or sale might possibly be considered a “fraudulent transfer.”

A similar problem could arise from paying a creditor before you file bankruptcy. That’s especially true if it’s somebody you want to favor or maybe don’t even see as a regular creditor. This payment might possibly be considered a “preference,” or a “preferential payment.”  This is today’s topic.

Your Desire and Ability to Pay a Special Creditor

Especially around this time of year you may be extra motivated to pay on or pay off a special debt. A relative, or a friend, may really need of the money. He or she may be pressuring you to pay.

You might be thinking about filing bankruptcy and you don’t want it to affect this person. So you pay him or her off thinking that would help. Or you do so because you don’t want the person to know about your bankruptcy, for whatever personal reason.

Besides wanting to, you may be able to pay on a special debt this time of year more than usual. For many people because of the expenses of the holidays money is especially tight. But, as mentioned a couple weeks ago:

The month of December is the month that people receive more income than any other month of the year. [F]or at least the past 9 years U.S. personal income was the highest in December… .

You may be getting a bonus from work or more income from working extra hours or part-time job during the holidays. So you might be able to pay a special debt now more than at any recent time.

So you may have the desire and ability to pay a debt now, before filing bankruptcy. But it may not be a smart thing to do.

What Makes a “Preference”?

If during the 365 day-period BEFORE filing a bankruptcy case you pay a creditor more than you are paying at that time to your other creditors, then AFTER your bankruptcy is filed that favored creditor could be forced to surrender to your bankruptcy trustee the money that you’d paid to this creditor earlier. See Section 547(b) and (c) of the U.S. Bankruptcy Code.

This one-year look-back period is shortened to only 90 days for creditors that are not “insiders.” The Bankruptcy Code defines “insiders” basically as relatives and business associates, but the definition is open-ended. See Section 101(31). So it could include friends and just about anybody that you have a personal reason to favor. Your bankruptcy lawyer will advise you whether a potential preferential payment was to an insider or not.

Your favored creditor could be required to return the money (or other form of payment) that you’d paid. The money would usually not be given to you but to your bankruptcy trustee. The trustee would then distribute it among your creditors.

The result: instead of satisfying your favored creditor as you’d intended, you could have an unhappy one. This is not.

What’s the Point of All This?

Preference law is related to one of the most basic principles of bankruptcy—equal treatment of legally similar creditors. People or businesses which are financially hurting must be discouraged from favoring any of their creditors before filing bankruptcy. Otherwise they would—the theory goes—pay all of their last money or other resources to their favored creditors, leaving nothing for the rest of the creditors. Under preference law, if they do so within the 365-day/90-day look-back periods, those payments made to the favored creditor could be taken back from that creditor. This disincentive is supposed to make the situation fairer to all the creditors.

“Preferences” Can Be Frustrating, But They’re Avoidable

“Preferences” are relatively rare problems in consumer bankruptcy cases, partly because they are relatively easy to avoid. Next week we’ll give you a scenario showing a potentially preferential payment made during the holidays, and practical ways to avoid it.

Crucial Question: Is It OK to Pay a Special Creditor Before Filing Bankruptcy to Keep It Out of the Bankruptcy Case?