Giving a gift, including selling for much less than an asset is worth, may be a fraudulent transfer—treated as hiding assets from creditors. 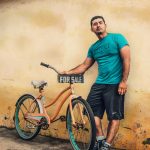 Photo by Raymond Perez on Unsplash

Anybody considering bankruptcy should have some understanding of the law of “fraudulent transfers.” This is one of those phrases most people do not understand.

“Fraudulent transfers” could cause you problems even if you thought you were being honest and fair. As you’ll see this may more likely happen during the gift-giving holiday season.

A “fraudulent transfer” is essentially a debtor giving away—transferring—an asset to avoiding giving creditors that asset’s value. This can be done with bad intentions, but also without any such intentions.

If you give away something (for example, as a holiday gift), or sell something for much less than it’s worth, then under certain circumstances your creditors could require the recipient to surrender it to the creditors. That would usually not be a good result because you’d prefer that the person be able to keep your gift.

The gift or sale in a “fraudulent transfer” can be challenged in either state courts or bankruptcy court. In a bankruptcy case the bankruptcy trustee would act on behalf of the creditors to “avoid” (undo) the transfer.

The Two Kinds of “Fraudulent Transfers”

There are two kinds of fraudulent transfers.

The one based on “actual fraud” requires the actual intent to harm a creditor or creditors. It occurs when a debtor gives a gift or makes a transfer “with actual intent to hinder, delay, or defraud” one or more creditors. Section 548(a)(1)(A) of the U.S. Bankruptcy Code.

The one based on “constructive fraud” does not require the actual intent to harm a creditor. It occurs when a debtor gives a gift or makes a transfer receiving “less than a reasonably equivalent value in exchange, in which the debtor “was insolvent on the date that such transfer was made.  . .  , or became insolvent as a result of such transfer.” Section 548(a)(1)(B) of the Bankruptcy Code. Although the debtor does not intend to defraud anybody, the transfer can be undone under certain circumstances.

Most people filing bankruptcy will not be accused of a fraudulent transfer for a number of reasons:

1) Most people simply don’t give away their assets leading up to filing bankruptcy.

2) Gifts to charities are largely exempt.

3) The bankruptcy system doesn’t care about minor gifts or transfers.

4) Even in circumstances that a transfer could be challenged, the trustee has to consider the cost and practicality of undoing the transfer.

1) Debtors Don’t Generally Give Away Assets

Most people considering bankruptcy usually need pretty much everything they own. So they aren’t going to be giving it away or selling it for less than it’s worth.

Furthermore, the assets that people own when filing bankruptcy are usually fully protected. So there’s no motivation to transfer them away.  These protections are usually through property “exemptions,” or through the special advantages of the Chapter 13 “adjustment of debts.”

2) Gifts to Charities Are Essentially Exempt

The Bankruptcy Code creates a big exception for transfers made “to a qualified religious or charitable entity or organization.” Charitable contributions are exempt if they do “not exceed 15 percent of the gross annual income of the debtor.” The amount of contributions can total an even higher percentage “if the transfer was consistent with the practices of the debtor.” Section 548(a)(2).

3) Minor Gifts Are Not a Problem

The bankruptcy system doesn’t worry about relatively minor gifts or transfers. This effectively means a gift or gifts given over the course of two years to any particular person valued at $600 or less. The Bankruptcy Code itself does not refer to that threshold amount. But the Statement of Financial Affairs for Individuals, which is one of the official documents you and your bankruptcy lawyer prepare and file at court does so.

This document includes the following question #13:

Within 2 years before you filed for bankruptcy, did you give any gifts with a total value of more than $600 per person?

The next question (#14) is very similar:

Within 2 years before you filed for bankruptcy, did you give any gifts or contributions with a total value of more than $600 to any charity?

4) Cost and Practicality of Avoiding the Transfer

Even when a gift or other transfer arguably qualifies as a “fraudulent transfer,” the trustee has to seriously consider the costs in attorney fees and other expenses to try to undo that gift or transfer. At the very least the costs have to be weighed against the amount likely to be gained for the creditors.

This is particularly true when there’s a meaningful risk that the transfer would not qualify as a “fraudulent transfer.” Or the transfer may qualify but the transferee has disappeared or a judgment against him or her is uncollectable.

Bankruptcy and the Holidays: Watch Out for “Fraudulent Transfers”

Bankruptcy Timing and the Holidays: Gift-Giving and “Fraudulent Transfers”

Fraudulent Transfers without the Actual Intent to Defraud