A creditor’s decision in challenging the automatic stay may be brought about by: 1) its desire to pay a claim through your insurance; or 2) its desire to finish a lawsuit to establish that you received debt through fraud. 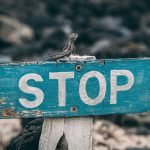 Photo by Jose Aragones on Unsplash

“Relief from the Automatic Stay”

Our last blog post got into some reasons that creditors ask for “relief from stay” other than to repossess the collateral. The “automatic stay” is one of the biggest benefits you get for filing bankruptcy. It “stays”—legally stops—virtually all creditor collection actions right away when you file a bankruptcy case. The automatic stay protects you, your assets, and your income from creditors. It does so permanently in many circumstances.

But there are exceptions when creditors can ask for permission to pursue the debt, and they may get that permission.  So it’s important to know the circumstances in which a creditor would be able to challenge the automatic stay by getting “relief from stay.”

Last time we explained two of those circumstances, allowing a creditor to finish a legal proceeding against you to determine whether you are liable on a debt, and if so, how much you owe. Now here are two other circumstances where creditors may get “relief from stay.”

When you file bankruptcy, you get protection from creditors to which you are personally liable on a debt. But what if your liability is completely covered by insurance, such as with a vehicle accident? Or what if insurance would at least partially cover the amount of your liability?

But the person allegedly damaged by you can’t pursue you, your assets, or your income because of the automatic stay. However, he or she could file a motion challenging the automatic stay by asking the bankruptcy court for permission to pursue ONLY the insurance proceeds. The motion would make clear that the debt would be pursued only against your insurance coverage.  Assuming that the court would agree, it would sign an order granting “relief from stay” for the person to go after your insurance proceeds, but not against you in any other way.

Note that your insurance company likely has a “duty to defend” you in such a situation. So the insurance company and the allegedly damaged person, or their respective lawyers, would likely negotiate the matter. Most likely, there would be no lawsuit. Or, if there would be one, it would get settled and not go to trial. In the unlikely event that it would go to trial, your insurance company would pay to defend the lawsuit and would pay out any damages up to the coverage limit. Any damages beyond coverage limits would very likely be written off—discharged in bankruptcy.

2. Determining Dischargeability of the Debt

Bankruptcy discharges most types of debts. But there are quite a few exceptions. Some examples of exceptions are criminal debts, unpaid spousal and child support, recent income taxes, and many student loans. See Subsections 523(a)(1),(5),(8), (13), and (15) of the U.S. Bankruptcy Code.

But more conventional debts may also not get discharged based on how you incurred them. A debt incurred through fraud or misrepresentation usually can’t be discharged. See Subsections 523(a)(2) and (4) of the Bankruptcy Code. However, unlike the above exceptions of criminal and support debt, the Code discharges fraud-based debt unless the creditor proves the fraud. Then if the creditor would allege fraud, you’d have the opportunity to dispute it.

The bankruptcy court usually decides such fraud-related disputes. But what if at the time of your bankruptcy filing there’s already a state court lawsuit addressing that question?

Just as with the insurance-based circumstance above, your bankruptcy filing would stop that lawsuit from proceeding. But then the creditor could ask for relief from stay to allow the lawsuit to go ahead.

The bankruptcy court might allow the state court to finish deciding whether the debtor incurred the debt through fraud. Or the bankruptcy court might want to decide that issue itself.  Likely it would focus is which court would be more efficient than deciding this issue. And that would likely turn mostly on whether the state court was actually deciding the fraud issue (and not just whether you were merely liable in the debt) and on how close the state court was to a resolution. In order to receive a better understanding of these matters, you should contact your local Kalispellbankruptcy lawyer.

“Relief from the Automatic Stay”

A Creditor Challenge to the Automatic Stay

Exceptions to the Automatic Stay