Bankruptcy writes off claims against you from a vehicle accident for personal injuries and property damage, IF you weren’t intoxicated. 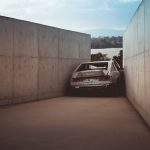 Photo by Gareth Harrison on Unsplash

If you had a vehicle accident, you could owe many kinds of debts from it.  You could be liable for any injured party’s current and future medical bills, loss of wages, pain, and suffering, and other forms of damages. You could owe for property damage to vehicles and also to any building or traffic barriers or signs.

Your insurance may cover all of these obligations. Of course, if you have no coverage, it’s all on you. More likely you have insurance but not enough. Especially if you have only the legal minimum coverage, a major accident or one with multiple vehicles could easily result in damages more than your insurance limits.  Then you’d be on the hook for everything insurance doesn’t cover. That could amount to tens or even hundreds of thousands of dollars.

Bankruptcy would usually write off (“discharge”) whatever you’d owe.

Bankruptcy discharges most debts. The U.S. Bankruptcy Code defines a “debt” as a “liability on a claim.”  In other words, you have some legal obligation to somebody.

But that legal obligation does not need to be reduced to a fixed dollar amount. The Code defines a “claim” as a “right to payment, whether or not… liquidated, unliquidated, fixed, contingent, matured, unmatured, disputed, undisputed…”

In all these non-fixed-debt situations, bankruptcy would still usually discharge any debts related to claims arising out of the accident.

However, bankruptcy does not write off accident claims if you were driving intoxicated.

Specifically, regular Chapter 7 bankruptcy “does not discharge an individual debtor from any debt… for death or personal injury caused by the debtor’s operation of a motor vehicle… if such operation was unlawful because the debtor was intoxicated from using alcohol, a drug, or another substance.” Section 523(a)(9) of the U.S. Bankruptcy Code.

Section 523 also applies to Chapter 13 “adjustment of debts” because it incorporates the same language. Section 1328(a)(2) of Bankruptcy Code.

1) Only Applies to Unlawful Operation

Notice that this exception only applies if your alleged intoxication made your “operation of a motor vehicle… unlawful.” So this raises some questions if you were arguably intoxicated but weren’t so charged. Your Kalispell bankruptcy attorney could argue the operation of your vehicle was not “unlawful.” So the resulting accident claims should be written off in bankruptcy.

On the other hand, there may be circumstances in which a person isn’t charged but was still intoxicated under the law. The accident may have happened in an isolated place, and the police didn’t arrive until hours later. Even if the police did not cite you, the injured party could still try to bring evidence that you were driving unlawfully. For example, there could be convincing evidence based on how much you drank and when.

The Bankruptcy Code language that creates this exception to discharge refers only to debts “for death or personal injury.” This language does not cover property damage. So can you discharge property damage debts from an intoxicated accident?

Maybe. But there is another exception to discharge that does apply to property damages. Bankruptcy law excludes from discharge any debt “for willful and malicious injury by the debtor to another entity or the property of another entity.” Section 523(a)(6) of the Bankruptcy Code.

But if you have an accident while intoxicated, the injuries caused weren’t intentional. So were they willful?

It may depend on your specific facts, and especially on how the bankruptcy courts interpret the law locally. Bankruptcy is federal law but on close questions could be applied differently in different regions of the country. If you have any debts from any accident make sure you have a particularly experienced bankruptcy lawyer representing you. He or she will advise you about the law in your bankruptcy court.

We’ve been discussing driving while intoxicated, but the discharge exception also applies to boating and flying while drunk.

Bankruptcy does not “discharge an individual debtor from any debt. .. for death or personal injury caused by the debtor’s operation of a… vessel, or aircraft… if such operation was unlawful because the debtor was intoxicated from using alcohol, a drug, or another substance.”

The laws are entirely different for boating and flying, so what’s unlawful is altogether different. In state boating laws the blood alcohol concentration amounts may be different, as well of the effect of the operator’s age. Under federal aviation law it is illegal to operate an aircraft:

“Priority” Debts for Injuries from Driving while Intoxicated

A Scenario about Debts from a Vehicle Accident

Accident Claims from Driving While Intoxicated

Bankruptcy Timing and the Holidays: Personal Injury Damages from Driving Under the Influence