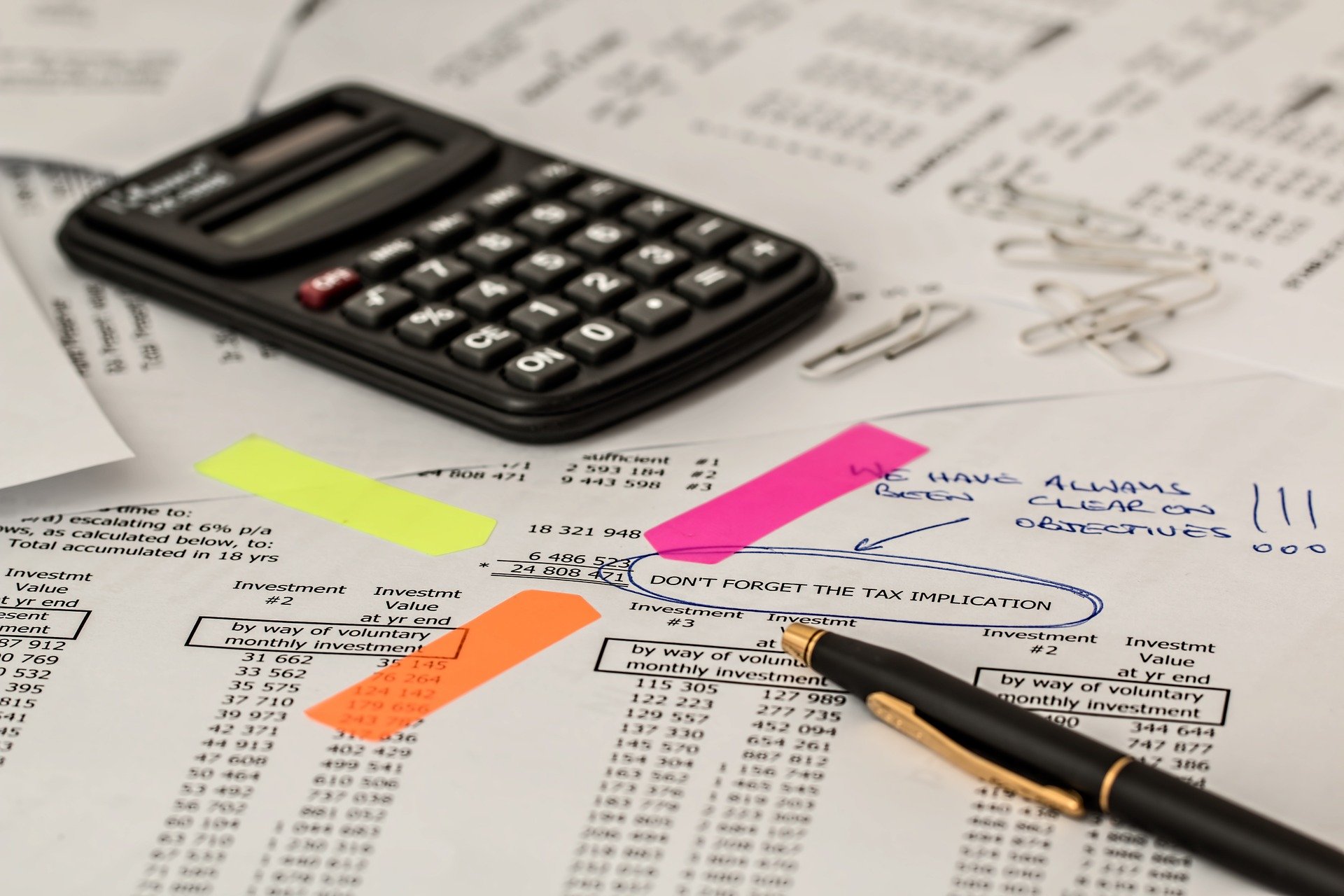 Usually, in Chapter 13 you can discharge income taxes (write them off forever) by waiting long enough to file bankruptcy. Here’s how it works with Chapter 13. 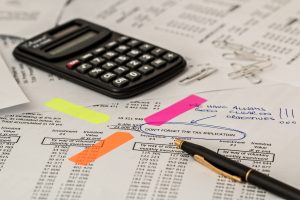 Image by Steve Buissinne from Pixabay

Our blog post of three weeks ago introduced the importance of timing your bankruptcy filing right. We gave a list of 15 examples where timing can make a huge difference. Two weeks we covered the first one, timing bankruptcy to cover as many debts as possible. Last week was about discharging/writing off income taxes, specifically under a Chapter 7 “straight bankruptcy.” This week is about doing so under Chapter 13 “adjustment of debts.”

How to Time a Chapter 13 Filing to Discharge a Tax?

You and your bankruptcy lawyer will carefully review and apply these rules to see if you can meet them. Your situation may be too urgent to wait long enough. There may be creditor pressures, by the IRS/state tax agency or other unrelated creditors, so you can’t wait. Or there may be other good reasons to file before enough time has passed.

Then what happens? How is the tax dealt with under Chapter 13?

Using Chapter 13 Instead of Chapter 7 to Discharge a Tax

Chapter 7 usually discharges a dischargeable income tax very fast. The moment you file your bankruptcy case the “automatic stay” would protect you from all collection of that tax. Then you would very likely no longer legally owe the tax about 4 months after filing a Chapter 7 case.

Chapter 13 is just as fast at protecting you from tax collection: the “automatic stay” goes immediately into effect. But the discharge of the tax happens only at the end of the case, usually 3 to 5 years later.

Furthermore, often you need to pay some portion of that tax before you can discharge the rest. Not always, but if you have money to spare in your payment plan some will go towards the tax.

Why in the world would you file a Chapter 13 case when it’s so much slower and you risk paying something on that tax instead of nothing?

Why Discharge Tax through Chapter 13?

The straightforward reason is that Chapter 13 could be much better for you for other reasons. Those other reasons may outweigh the benefit of discharging your dischargeable tax debt quickly and completely.

Chapter 7 and 13 each have many potential advantages and disadvantages. Your Kalispell bankruptcy lawyer’s job is to help you determine whether the other advantages of Chapter 13 outweigh these disadvantages.

One example: you may owe some other income tax debt(s) that do not meet the timing conditions for discharge. So these other taxes would not be discharged under either Chapter 7 or 13. In a Chapter 7 case, you’d owe that tax in full immediately upon finishing the case, about 4 months after filing. Interest and penalties would continue accruing. Those tax/interest/penalties may be too large to pay off reasonably through a monthly payment plan with the IRS/state.  It may not qualify for an Offer in Compromise or other settlement. Chapter 13 would enable you to pay it more flexibly, usually without accruing interest and penalties. So, you could well save money and avoid significant risks by handling all of your taxes in a Chapter 13 case.

There are many, many other reasons unrelated to income taxes that Chapter 13 could be worthwhile for you. It could potentially prevent a home foreclosure or vehicle repossession, and then give you a workable way to save the home or vehicle. Chapter 13 can often solve child or spousal support problems much better than Chapter 7. There are many other situations where Chapter 13 gives you extraordinary powers over your debts. So those advantages can make this longer procedure very worthwhile overall.

How Does Chapter 13 Discharge an Income Tax?

Assume again that your tax debt qualifies for discharge, timing-wise, and by meeting all the legal conditions. So it can get discharged in your Chapter 13 case.

However, Chapter 13 treats a dischargeable tax differently than under Chapter 7. As mentioned above, the discharge happens at the end of the case usually years later. And you may have to pay something on it before then.

What determines how much, if any, you pay on this tax?

Under Chapter 13 a dischargeable income tax debt is treated like the rest of your “general unsecured” debts. Under your payment plan, all such debts receive the same percentage of their total amounts. That percentage may be any amount from 0% to 100% of the debt amount, depending on your budget and other factors.

That’s right: it’s theoretically possible that you’d have to pay 100% of your tax and other debts. But that’s highly unlikely. That only happens if you have enough money in your budget that you can reasonably afford to do so. That’s very rare.

More likely your budget is barely enough for living expenses and to pay special higher-priority debts during your case. That could result in your dischargeable tax debt (and all your “general unsecured” debts) receiving 0%—absolutely nothing.

To make practical sense of this, let’s look at two situations: First, this “0% plan,” and second, where your tax debt does not increase what you pay to your creditors.

As just mentioned, in this kind of Chapter 13 case all your available money goes to living expenses plus special debts. Those special debts are either secured or “priority” ones. These could include home mortgages, vehicle loans, non-dischargeable taxes, child and spousal support, and such. The law usually requires you to pay them in full before paying anything to the “general unsecured” debts.  As a result, it’s possible that during your 3-to-5-year payment plan there’s no money at all for your “general unsecured” debts. That means that one of those debts, the dischargeable income tax, also receives nothing. That’s called a 0% Chapter 13 plan. (The percentage means the extent to which you’re paying the general unsecured debts.) These 0%cases are not unusual (although there are regional variations).

If you successfully complete a Chapter 13 case, when you do your bankruptcy judge discharges the entire tax. Under a 0% plan, you didn’t pay any of the tax debt during the case. And then after the discharge, you don’t have to pay any of it either, forever.

There are other Chapter 13 payment plans in which your tax debt does not increase the amount you pay. You pay a fixed total amount to your creditors based on the amount you can afford to pay beyond your living expenses.

Often the practical effect of this is that there is some money for your “general unsecured” debts. So it’s not a 0% plan.

But because the amount you pay over the life of the case is a fixed amount, the amount left over for the pool of general unsecured debts, after paying certain secured and priority debts, is a fixed amount as well. That in turn means that all the general unsecured debts have to split up that leftover amount. (This is true as long as the total amount of those debts is greater than the amount you can afford to pay. That’s almost always the situation. Otherwise you likely don’t need Chapter 13 help.)

With all the general unsecured debts being paid out of that fixed amount, this means that the total amount of this debt doesn’t matter. If the total debt amount is higher, this just means that you pay each debt a lower percentage.

This means that having a dischargeable tax debt often does not increase the amount you pay.

Here’s a simple example. Assume that during the life of a 3-year payment plan you expect to have money to pay a total of $3,000 into the pool of general unsecured debts. That’s based on what you can reasonably pay to all your debts, minus what goes to secured and priority debts. Assume also that you have $60,000 in unsecured credit cards and medical debts. This means that the $3,000 you pay would amount to paying 5% of these general unsecured debts. ($3,000 divided by $60,000 equals 5%.)

Bankruptcy Timing: Filing in 2016 to Write Off More Income Taxes with Chapter 13

Filing Chapter 13 in 2019 to Write Off More Income Taxes

Spouse Needs to Join Bankruptcy to Discharge Income Taxes, But Reluctant Because Has No Other Debts and Has Separate Asset