If you injured someone by unlawfully driving while intoxicated, the resulting personal injury debt would be a priority debt in bankruptcy. 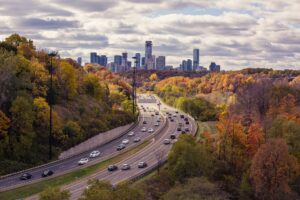 Image by Free-Photos from Pixabay

In prior blog posts, we have been considered how bankruptcy deals with “priority” debts. Examples of these special debts include child/spousal support, income taxes, and wages owed employees. Sections 507(a)(1),(4), and (8) of the U.S. Bankruptcy Code.

There’s one more kind of priority debt. It does not come up often but if it affects you, you need to know about it.

But first, we need to clear up something that could be quite confusing.

Some debts cannot be discharged (legally written off) in bankruptcy, or can’t in certain circumstances. For example, bankruptcy never discharges child/spousal support debt and discharges income taxes only under certain conditions. So the issue is whether or not you will owe the debt after the bankruptcy case is over. See Sections 523 and 524 of the Bankruptcy Code.

Whether or not a debt is a priority debt is a different consideration. Those are debts that the law treats with greater priority during the bankruptcy case itself.  For example, in an asset Chapter 7 case—one in which the bankruptcy trustee has assets to distribute to creditors—priority debts receive payment in full before general unsecured debts receive anything. Similarly, in a Chapter 13 case, the debtor must pay priority debts in full during the payment plan. General unsecured debts usually receive payment only to the extent you can afford to pay them after the priority debts.

Specifically, with debts related to driving while intoxicated, the law makes those debts nondischargeable in many situations. See Bankruptcy Code Section 523(a)(9). But those situations are not exactly the same ones as the ones determining priority. The rules are a bit different. And again, the discharge of drunk driving debts vs. whether they qualify as a priority are separate considerations with different consequences. We’re focusing today on the priority question.

Debts From Unlawful Driving While Intoxicated

for death or personal injury resulting from the operation of a motor vehicle or vessel if such operation was unlawful because the debtor was intoxicated from using alcohol, a drug, or another substance.

Under this language there are three key issues:

The Consequences of Being Priority Debt

The consequences of having a personal injury debt being priority are different under Chapter 7 and Chapter 13.

Under a Chapter 7 “straight bankruptcy” case it only matters if it’s an asset case. As mentioned above, those are ones in which your trustee has assets with which to pay some of your debts. In that case, he or she would pay your priority debts before paying other debts. So if you had a priority personal injury debt, it would receive payment before all non-priority debts. There’s a good chance the assets the trustee is distributing would not be enough to pay off the personal injury debt. Then you may or may not owe the balance depending on the discharge considerations mentioned above.

Most Chapter 7 cases are no-asset bankruptcies. All of your assets are “exempt,” protected from bankruptcy trustee liquidation. So the trustee has no assets to pay any creditors, including a priority personal injury debt. So there’s no practical effect from that debt being a priority debt. Again, whether or not you continue to owe the debt after the case is over depends on the separate discharge issue.

Under a Chapter 13 “adjustment of debts” case, your court-approved payment plan must “provide for the full payment” of all debts “entitled to priority.”  Bankruptcy Code Section 1322(a)(2).  Therefore you must budget enough to pay off a priority personal injury debt during the payment plan. You’d have 3 to 5 years to do so. You’d pay that in full before paying anything on non-priority unsecured debts. However, if that priority debt is huge, you may not have enough money to pay it off within that time. If so, a Chapter 13 case would likely not be a feasible solution. Therefore, determining whether the personal injury debt is or is not a priority debt would likely be very important.

For more information on this topic, please contact your local bankruptcy attorney.

“Priority” Debts for Injuries from Driving while Intoxicated

Accident Claims from Driving While Intoxicated

Bankruptcy Timing and the Holidays: Personal Injury Damages from Driving Under the Influence