Under the relief law, some people have or will receive $600 Pandemic Relief Payments, so when are they coming? 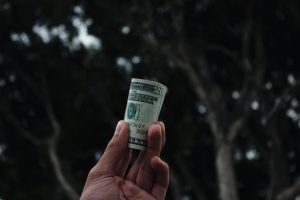 Image by StockSnap from Pixabay

On December 27, President Trump signed the pandemic relief law. This law will provide Pandemic Relief Payments to U.S. citizens and resident aliens. Because between its passage and before signing he’d surprisingly strongly objected to it, his signing was also a surprise.

The new law includes pandemic relief checks of $600 (instead of the $1,200 amount in last spring’s CARES Act). Congress and the Senate are currently trying to increase the payments by $1,400.00.

But in the meantime what’s going on with the now-approved $600 “Economic Impact Payments”?

Who Gets the $600 Pandemic Relief Payments?

Many of the rules for distributing the payments are the same as for the $1,200 CARES Act payments of last spring.

The $600 payments are going to all U.S. citizens and resident aliens. Sensibly, married couples who filed income taxes jointly are receiving $1,200 (2 times $600).

Generally, U.S. citizens and resident aliens who are not eligible to be claimed as a dependent on someone else’s income tax return are eligible for this second payment.

However, dependents 17 years or older aren’t eligible to receive anything.

Another change expanded eligibility for this time. The IRS news release puts it this way:

Under the earlier CARES Act, joint returns of couples where only one member of the couple had a Social Security number were generally ineligible for payment – unless they were a member of the military. But this month’s new law changes and expands that provision, and more people are now eligible. In this situation, these families will now be eligible to receive payments for the taxpayers and qualifying children of the family who have work-eligible SSNs.

The U.S. Treasury Department’s recent press release announced the timing of the payments as follows:

On December 29, 2020, the Treasury Department and the Internal Revenue Service will begin delivering a second round of Pandemic Relief Payments to millions of Americans as part of the implementation of the Coronavirus Response and Relief Supplemental Appropriations Act of 2021.  The initial direct deposit payments may begin arriving as early as tonight for some and will continue into next week.  Paper checks will begin to be mailed tomorrow, Wednesday, December 30.

What to Do to Get Your Payment

The same Treasury press release states that “[t]his second round of payments will be distributed automatically, with no action required for eligible individuals.” The more detailed IRS news release of the same date adds the following details:

Some Americans may see the direct deposit payments as pending or as provisional payments in their accounts before the official payment date of January 4, 2021. The IRS reminds taxpayers that the payments are automatic, and they should not contact their financial institutions or the IRS with payment timing questions.

Anyone who received the first round of payments earlier this year but doesn’t receive a payment via direct deposit will generally receive a check or, in some instances, a debit card. For those in this category, the payments will conclude in January.

Also, from the same IRS source:

Payments are automatic for eligible taxpayers who filed a 2019 tax return, those who receive Social Security retirement, survivor or disability benefits (SSDI), Railroad Retirement benefits as well as Supplemental Security Income (SSI), and Veterans Affairs beneficiaries who didn’t file a tax return. Payments are also automatic for anyone who successfully registered for the first payment online at IRS.gov using the agency’s Non-Filers tool by November 21, 2020, or who submitted a simplified tax return that has been processed by the IRS.

If You’re Eligible But You Don’t Get the Payment…

The following applies both to the prior CARES payments and the new $600 ones. Both sets of payments are actually special income tax credits that the U.S. Treasury is paying in advance. Usually, we receive tax credits after we file our income tax returns. But not these. These Economic Impact Payments are advance payments of the “Recovery Rebate Credit” on our upcoming tax returns.

So if you’re eligible for but for any reason do not receive either the CARES or the new $600 payments, claim it as a tax credit on your next income tax returns and receive a payment that way.

To Get More Information about Your Payment…

The U.S Treasury Department and the IRS were both saying on Tuesday, December 29, that “later this week, you may check the status of your payment at IRS.gov/GetMyPayment.”

Unfortunately, that has proved to be inaccurate. As of late-evening, Sunday, January 3, 2021, that webpage was not yet working. A note there said “Get My Payment is Temporarily Offline” and would be up “in the near future.” If you have additional questions concerning your payment, contact your local Kalispell attorney.