After declining significantly since 2010, and edging up at the start of this year, consumer bankruptcies sharply decrease in April. 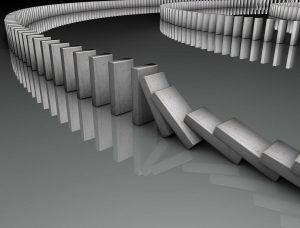 Image by PublicDomainPictures from Pixabay

What about consumer bankruptcy filings? What has happened so far, and what’s to come?

Since the Great Recession, consumer bankruptcy filings had been declining. They’d topped out at more than 1.5 million filings in 2010, then came down steadily for almost the full decade. Only half as many consumer bankruptcies were filed in 2018, about 751,000. Then in 2019, the number nudged up for the first time since the Great Recession, although just barely. Annual Business and Non­-business Filings by Year (1980­-2019).

So what about the first few months of 2020? The last couple of monthly totals are very unusual. After holding steady during January and February, there was a significant uptick in filing in March. Consumer filings increased 12% that month from the prior month (from 53,087 to 59,668). But then in April filings plummeted, dropping 39% (down to 36,161 for the month).

What’s going on? Common sense says that as the reality of the pandemic set it, people who had been on the brink, and/or started getting hit economically, and rushed to file. That accounts for the March increase.

Then when states started shutting down in late March and early April, connecting with a flathead bankruptcy lawyer to start the bankruptcy process became more difficult. Plus the Coronavirus Aid, Relief, and Economic Security Act (“CARES”) passed in late March. People have been waiting to see if the one-time relief payments, and its enhanced unemployment benefits, would help enough. These account for the sharp decrease in April filings.

In the last 8 weeks, 36.5 million Americans filed unemployment claims. Countless others are working fewer hours and/or for lower pay.

According to one recent poll, 77% of laid-off workers believe they’ll get their jobs back “after stay-at-home orders are lifted.” That may well be overly optimistic. Millions of businesses face deep financial stress because of the pandemic. Many will not reopen. The health safety changes required by the virus will add costs and reduce income for entire industries. Restaurants, transportation, and retail are obvious examples. Businesses with thin financial margins will either not reopen or will try but won’t succeed. As part of a recent Time magazine article title says, A Flood of Small Business Bankruptcies Likely in Coming Months.

On top of all that, states and local governments are sharply losing tax revenue so job cuts are inevitable.

Even among those who do get back their jobs, those without enough savings will be left with an income hole. Many will need bankruptcy relief.

One very reliable indicator of future consumer bankruptcy filings is the amount of household debt and its delinquency rate. Here’s a comparison of these two just before the 2008-09 Great Recession vs. just before the COVID-19 pandemic.

While mortgage and credit card debt is only modestly higher now, vehicle loan debts are up 63% and student loan debt has nearly tripled.

Debts with Collateral–THE Fixation of Many Bankruptcies

If You Filed Bankruptcy Just Before the 2005 “Reform,” You Now Can, or Likely Soon Will Be Able to, File Again