Debt limits may disqualify you from filing a Chapter 13. 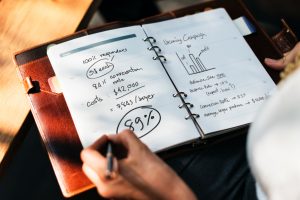 Photo by rawpixel on Unsplash

Why Does Chapter 13 Have Debt Limits?

Chapter 7 cases on average are much quicker and easier than Chapter 13 cases. They can also be used with a wide variety of business and consumer arenas, and may include millions of dollars of debt.

Chapter 13 is a tremendously flexible procedure. It was designed for individuals and married couples with relatively straightforward debts. The Code imposes a limit on the amount of debt a person can owe when filing a Chapter 13 case. Currently, individuals and married couples must have less than $360,475 in total unsecured debts, and less than $1,081,400 in secured debts.

What’s with the Odd Amounts?

The dollar limits sound arbitrary, and to some extent they are. It simply reflects a Congressional compromise going back 34 years to the original passage of the Bankruptcy Code in 1978. The limits back then were only $100,000 unsecured debt and $350,000 secured debt. These didn’t change until more than doubling in 1994 to $250,000 and $750,000, respectively. The Code provides for  inflationary increases every three years thereafter. Current amounts have been in effect since April 1, 2010 and will change again on April 1, 2013.

What Are “Noncontingent, Liquidated Debts”?

To be a bit over simplistic, these two descriptive words are intended to make clear that only real debts count for these limits. “Noncontingent” means that you are presently liable on the debt regardless if some event does or does not occur. “Liquidated” means that you owe a specific and determinable amount. Contingent debt includes those debts owed only if somebody else did not pay it. Noncontingent debt includes those that you owe jointly with someone else but the creditor has no obligation to first pursue the other debtor. Unliquidated debt includes lawsuits against you for unspecified damage. Liquidated debt can be a lawsuit where the alleged debt amount can be determined, even if it might be disputed.

A debtor will typically meet the secured and unsecured debt limit threshold, or will clearly exceed one. If you are at all close, be aware that these “noncontingent, unliquidated” distinctions are not always clear. Even if you are over the limits, your Kalispell bankruptcy lawyer  may have solutions to get you into a Chapter 13. One possibility is filing a so-called “Chapter 20”—filing a Chapter 7 case to discharge much of your debts, followed immediately by filing a Chapter 13 (7 + 13 = 20). The Chapter 7 discharge should get you under the Chapter 13 debt limits. Then the Chapter 13 may protect you from your remaining creditors as you pay their debts. These may include mortgage arrearages, back child support, or taxes.

A Big Benefit to Owing Lots of Business Debt: Skip the “Means Test” and Qualify for Chapter 7

Are You Eligible for Chapter 7? Chapter 13?

Can I Do a “Cramdown” on Collateral Other than My Home or Vehicle?

Debts with Collateral–THE Fixation of Many Bankruptcies