A co-signed debt can turn from happiness to anger in two separate instances. You may have two concerns about co-signed debt: those having to do with your joint creditor and those with co-debtor. 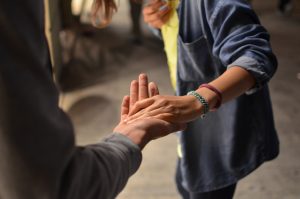 Photo by Rémi Walle on Unsplash

If you have a co-signed debt you tend to be more concerned about one of two sets of problems. You’re either mostly worried about the other co-signer, or about the creditor that you both owe on the debt. It’s likely smart to be aware of both. Let’s start with concerns about the creditor.

What if you are not the one who is responsible to pay the debt? What if the other co-signer is supposed to pay but is not doing so? You are obligated to pay a debt that you didn’t expect to pay. This could push you over the edge especially if you are already financially challenged. What can you do?

Protecting Yourself from Your Joint Creditor

Assume that the debt you owe is not legally secured by anything. The creditor does not have a right to take any personal property or real estate if you don’t pay the debt unless they get a judgment against both of you. At that point, the creditor your non-exempt property will be open for the creditor to go after.

Assume also that it is not a special debt like income taxes, a student loan, a criminal debt or anything else that bankruptcy does not write off (“discharge”).

The first step in dealing with a co-signed debt is to find out your actual legal obligations on the debt. You may think you are completely liable on the debt when you really aren’t. Bring your Kalispell bankruptcy lawyer any documents you may have on the debt (if any).

Even if you signed something related to the debt, your obligations may be different than you thought. For example, you might have signed something between you and the co-signer that didn’t, in fact, make you liable directly to the creditor itself.  The two of you may have assumed that there was a joint liability when there actually isn’t. Or your liability may kick in only under certain circumstances. You don’t want to act without knowing these crucial details.

If you find out that you definitely owe the debt, one option is to discharge that debt in bankruptcy. In Chapter 7 “straight bankruptcy,” you would likely not have to pay the debt at all. In Chapter 13 “adjustment of debts” you would pay only as much as you could afford over usually a 3-year period of time. Often that would be only after paying other more important debts first. Either way, in the end, you would likely no longer owe anything on the co-signed debt.

Concerns about your co-signer can get complicated.

If your co-signer was supposed to pay it, do you have any way of enforcing this? In other words, is there any documentation to back this up? Will he or she at least admit that it is his or her obligation? Assume you do have written and/or oral evidence that the co-signer was supposed to pay the debt. It’s still very difficult to enforce this obligation.

You need to discuss these facts with your bankruptcy attorney to find out your legal AND practical options.

If instead, you understand you were the one that is responsible to pay the debt, again, you need to find out whether that’s legally true. Assuming it’s true, then you have two separate legal liabilities on the debt. The first is to the joint creditor. It can sue you to make you pay. We discussed how to deal with that above.

But you have a second separate legal obligation to your co-signer. The co-signer can also sue you if you do not pay the co-signed debt. How do you deal with him or her?

Protecting Yourself from Your Co-Signer

Assume again that the debt is neither legally secured by anything nor is it a debt that is non-dischargable in bankruptcy.

If you’re both liable on the debt, the creditor is likely going to pursue both of you.  Your co-signer will likely demand that you pay. Then especially if your co-signer pays anything on the debt—voluntarily or not—he or she could sue you to repay him or her. To protect yourself from this separate liability to your co-signer, it may be worthwhile to discharge this separate legal obligation in bankruptcy. Chapter 7 and 13 would resolve with the debt as discussed above (about the debt to the joint creditor itself).

A Fresh Start against Your Co-Signer

Crucial Question: Can Bankruptcy Protect Me from My Co-Signer?

Crucial Question: Can I Protect a Co-Signer Even in a Chapter 7 âStraight Bankruptcyâ?

Protect Yourself from Your Co-Signer