Jeffrey Keith Greenwell is the owner of the Law Office of Jeffrey K. Greenwell, PLLC. He has specialized in Chapter 7 and Chapter 13 bankruptcy since 2008.

During the Great Recession, Mr. Greenwell worked as local counsel for the Yellowstone Mountain Club’s Unsecured Creditors Committee that equitably subordinated a $370 million secured loan in favor of the unsecured creditors. During this time, he also helped both individual and small business clients restructure their financial lives.

Mr. Greenwell obtained both his Juris Doctor and Master of Studies in Environmental Law degree from Vermont Law School. He graduated from Weber State University with a Bachelor of Science degree with a minor in Philosophy and received the University’s Jock Glidden Distinguished Student Award in philosophy.

Since moving to the Flathead Valley, Mr. Greenwell has served as the president of the Northwest Montana Bar Association, as a member of the Whitefish Theatre Company’s board, as a contributing editor of the West’s Bankruptcy Exemption Manual, and was the quarterback for the Kalispell Glacier Knights football team.

Before his law career, Mr. Greenwell was a river guide on the Snake River in the Teton National Park. 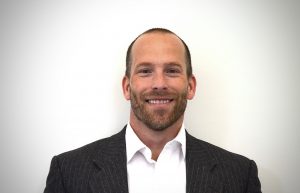 Law Office of Jeffrey K. Greenwell, PLLC
4.9
Based on 13 reviews

Dusty Fransen
23:55 14 Sep 20
I was in a very tough situation. Stacked up medical bills. With no end in sight. Talked with several attorneys. On this... matter. Chose Mr. Jeffrey Greenwell based off of his knowledge. Also his over all personality. He treats his clients like humans. Which is a personal trait a few of the other attorneys. I spoke with seemed to lack. I highly recommend Mr. Greenwell.read more

Katie Knapp
19:53 20 Jul 20
Jeff is very good at what he does. He helped me through a complicated and stressful time in my life and kept me sane... during this time. He's professional, responsive, anticipates issues and is proactive in solving problems. I highly recommend him if you're considering filing bankruptcy.read more

Bev
19:01 16 Jul 20
Bankruptcy probably isn’t the first choice..but so many times circumstances warrant this path. I’m so grateful that I... found Jeff Greenwell. From the first appointment to the final outcome I never regretted having him as my Attorney. He was through and extremely knowledgeable of what was expected of me to achieve the best outcome. I didn’t feel like it was just my journey..I felt like Jeff was always in my corner. If I could give him 10 stars I would..but think 5 is the magic number here! Thank you a Jeff!read more

Jody Waggener
22:05 14 Jul 20
Jeffrey Greenwall is a detail oriented and organized attorney who cares about his clientele and their futures. I would... absolutely recommend Jeffrey to all. He is a kind and very professional person who is highly skilled at bankruptcy law and filing. Thank you Jeff for your prompt and diligent legal services to me. You are a bright and motivated attorney. I am glad I chose you to represent me!read more

Alicia Link
23:17 27 Apr 20
Jeff is very kind and thorough. My bankruptcy had a few potential twists and turns. Jeff made sure we had answers for... any questions that may have come up in court. He makes the whole process less intimidating.read more

Samantha Dalley
23:18 09 Mar 20
A personal and caring experience. Jeff takes the time to help in the best way possible for you. Exceptional service... and remarkable heart. These are traits that made my process better than I thought it could be. I will be forever grateful for the recommendation I was given to call him.read more

doug davis
01:39 10 Feb 20
Didn't think much of Lawyers up until I met Jeff. But going through this whole Bankruptcy thing humbled me and taught... me a thing or two. I was ashamed and felt terrible. Jeff helped me with that. Took the time to sit and talk...on a personal level...with meaning and feelings. He showed me the truth of my situation and the hope that lies on the other side. He helped me every step of the way and never failed to reply to a call or question. He was very professional, kind, and courteous. I remember sitting in the courtroom, looking at the other lawyers and thanking God that Jeff was ours. Trust me...there IS a difference. I remember watching Jeff while waiting for my turn...as he represented a young parents and their children. Wow! Tearjerker. I knew then that I was not the only one and Jeff cares. The world needs more lawyers like him. He's honest, knowledgeable, has compassion, and he aggressively fights for you. I cant speak for other kinds of Attorneys but if you're looking for a bankruptcy Attorney...choose Jeff. It is folly to look anywhere else.read more

Gidgets Mama
01:10 26 Oct 19
Jeff was Amazing and extremely thorough. I can't say enough about what an outstanding Attorney he is. We did not submit... my case until All the T's were crossed and I's dotted! Jeff's attention to detail made the process seamless and smooth. I would recommend him to Anyone looking for the best of the best! Thank you so much for all you did to ensure a positive outcome in my case! Thanks, Nadineread more