How are states responding to the President’s Memorandum providing $400 (or maybe $300?) weekly for the unemployment benefits extension? It varies widely. 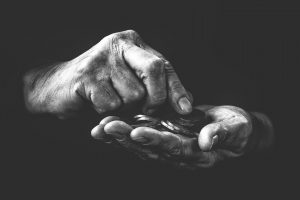 Image by Frantisek Krejci from Pixabay

Last week we explained the President’s Memorandum of August 8 which extended reduced federal unemployment benefits. The $600 weekly benefit had expired on July 31. The House of Representatives had previously passed a bill extending the $600 benefits into early next year. The Senate had proposed to extend the benefits but at only $200 weekly. The two Houses of Congress were not resolving their differences. Then the Memorandum directed the Federal Emergency Management Agency (FEMA) to fund the supplemental unemployment benefits extension out of its Disaster Relief Fund. This was to cover $300 of a $400 weekly benefit. The remaining $100 weekly was to come from the states.

National Developments Since the Memorandum

The Memorandum raised some confusion, especially about the states’ contribution. The President’s contemporaneous remarks indicated that the federal money would only be available for states that paid their $100 share.

But this implication was changed through a 6-page U.S. Department of Labor letter of guidance issued on August 12. It relieved states of paying the $100 share in order to receive the $300 federal contribution. States could pay the $100 share to their unemployed residents, in order to pay out a $400 weekly supplemental benefit. Or states could choose not to pay the $100, resulting in only a $300 weekly benefit.

What Have States Decided About The Unemployment Benefits Extension?

States are all over the map, both in their decisions and where they are in the process. As of this writing (Saturday, August 22, 2020), many states have applied to FEMA to get started while others have not yet decided what to do.  One state—South Dakota—has decided to decline the assistance. About 14 states’ applications to FEMA for the assistance have been approved, while others are in process. Most states are going to pay $300 weekly, but at least 3 are paying $400.

Here are additional details about what’s happening at 7 states, to give an idea of the variety of situations:

Governor Eric Holcomb announced last Wednesday (Aug. 19) that the state would apply for the federal $300 benefit. It would not be paying the state’s additional $100 weekly.

FEMA approved Indiana’s application on August 21. The commissioner of the Indiana Department of Workforce Development, Fred Payne, says that “it will take maybe 2 to maybe 4 weeks for us to get this in place.” There are additional details on the Department’s website.

Governor Andy Beshear announced last Wednesday (Aug. 19) that the state would apply for the federal $300 benefit. It would also add the state’s $100 additional amount for a total of $400 weekly. Since FEMA is doling out the money in 3-week increments, the current plan is to go at least these 3 weeks, longer if funds are available. Because these benefits are retroactive, this first installment covers the weeks between July 26 and August 15.

FEMA approved the application on August 21. The first $400 payments are expected to pay out in early September.

Governor Greg Abbott announced in a press release last Thursday (Aug. 20) that the state would apply for the federal $300 unemployment benefits extension. The press release made no reference to the state paying the additional $100.

FEMA approved Texas’s application on August 21. The above press release stated that “eligible claimants should expect to receive the additional benefits on their first payment request on or after August 23, 2020. These funds will be backdated to the benefit week ending August 1, 2020.”

As of Friday (Aug. 21), Governor Phil Murphy had not yet decided whether to apply for the additional federal benefit. His chief counsel, Matt Platkin said on Friday: “They’ve never run it through FEMA this way. And there’s some concern that if they were to come back – if Congress were to come back and enact an extension of the $600 that then the state would have to go back and recoup this money… .” The governor concluded: “If we can do it and we’re not on the hook for that back $100, and it doesn’t come back in the future where we’re going to have to repay any or all of that, we’ll sign up,” Murphy said. “But we’ve got to get guidance on that first.”

California applied last Wednesday (Aug. 19) for the federal $300 benefit. It will not be paying the additional $100 weekly.

FEMA approved its application on August 21. California’s Employment Development Department says that it will receive $4.5 billion, with the possibility of additional funding going forward.” This apparently is to cover $300 weekly benefits “for a limited period of time, a minimum of three weeks.” Coverage is for “weeks of unemployment dating back to August 1.”

Back on August 10, the Monday after Trump signed the Memorandum, Governor Jim Justice committed to paying the state’s $100 share. “Hands down, period, West Virginia is going to pay it,” he said. The governor added: “I believe that the federal government will eventually reverse their stance on that and that they will pay the full 100 percent in the end. But we’ve got the money set aside to make it work either way.”

According to a press release last Wednesday (Aug. 19), Workforce West Virginia is in the process of applying to FEMA. As of this writing (Aug. 21), the application has not yet been approved. According to Scott Adkins, acting commissioner of WorkForce West Virginia, “The federal government requires each state to set up a system that complies with the program. We are in the process of doing that now.”

Montana’s Department of Labor & Industry (DLI) applied to FEMA back on August 15 and sent additional information on August 17. It announced on Wednesday (Aug. 19) that FEMA approved its application for the extended benefits. Montana will be paying the additional $100 weekly. It’s doing so out of Montana’s allocation of the federal CARES Act Coronavirus Relief Fund. Montana’s DLI press release of August 20, 2020.

Acting DLI Commissioner Brenda Nordlund said. “Programming to meet the new requirements is underway and we should be up and running as soon as possible.” If you have additional questions concerning the unemployment benefits extension of other financial issues, contact your Kalispell Bankruptcy Lawyer.

“Property of the Estate” and “Death Benefits”

Help! After Getting an Extension to October 15, I Just Filed My Taxes and Owe Tons!