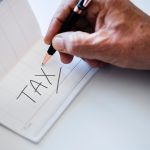 Photo by rawpixel on Unsplash

Our last two blogs have been about how to choose between Chapter 7 and Chapter 13 if you have more than one year of income tax debts, including some that can be discharged (legally written off in bankruptcy) and some that can’t.

In general, Chapter 7 is better if all your taxes qualify for discharge (usually by being older). That’s because then in a matter of only 3 or 4 months all your taxes would be discharged, without you having to pay anything towards those taxes. On the other hand Chapter 13 is generally better if all your taxes do NOT qualify for discharge (usually because they are newer taxes). That’s because Chapter 13 allows you to pay those taxes in a very flexible way while being protected from the tax collectors.

The last two blogs have shown when filing a Chapter 7 case may make more sense if you owe both kinds of tax debts, and when Chapter 13 would instead make more sense. Today we clear up a misunderstanding that may otherwise make you shy away from Chapter 13.

Under Chapter 13 Do You Have to Pay Part of the Tax Debt that You’d Discharge under Chapter 7?

You’ve likely heard that Chapter 13 is a 3-to-5-year payment plan in which you pay a portion of your debts, while Chapter 7 simply wipes out your debt without having to pay them.

There’s truth to that statement, but also a lot that’s misleading. Let’s focus here what might be misleading about it when it comes to income taxes, and particularly those income taxes that qualify for discharge.

Those taxes are treated in most situations just like your other “general unsecured” debts—like credit card and medical debt, for example. Under Chapter 13 “general unsecured” debts are all lumped together, and in most cases you pay them on a pro rata basis ONLY to the extent you have money available to do so, AFTER other legally more important debts are paid in full.

Does That Mean that You May Not Have to Pay Anything on Dischargeable Taxes?

Yes, if during the period of time you are required to be in a Chapter 13 payment plan all you can only afford to pay are the income taxes that can’t be discharged, plus other debts like your vehicle loan, mortgage arrearages, back child or spousal support, then you may avoid paying anything to your “general unsecured” debts, including the dischargeable income taxes. You may hear that referred to as a 0% Chapter 13 plan—0% is being paid on those bottom-of-the-barrel debts.

In that situation you would pay nothing on any dischargeable taxes that you owe, which would indeed get discharged, without you paying anything, at the completion of your Chapter 13 case. In that respect it would be no different than discharging such taxes through Chapter 7.

The main difference and disadvantage would be that Chapter 13 cases take so long. You’d be protected from the IRS and state taxing authorities in the meantime, so that’s not usually a problem. Rather, in large part because of how long Chapter 13 cases take to complete, they are lots less likely to get completed than Chapter 7 cases. That means there is much more of a risk that the taxes would not in fact get discharged, if something came up to sidetrack the case.

So, Given that, Why Do a Chapter 13 Case If You Owe Taxes that a Chapter 7 Would Discharge?

You would file a Chapter 13 case in two broad circumstances: 1) if Chapter 13’s advantages, as to your other taxes or for other reasons, outweigh this risk; or 2) if you would be required to file under Chapter 13.

As to the advantages outweighing the risk, if you owe a lot of recent income taxes that don’t qualify for discharge, having a very flexible payment plan while being protected from the IRS/state could well be a huge benefit.

And you may be in a Chapter 13 case because you don’t qualify for Chapter 7, because of your income, or a prior Chapter 7 filing, or other possible reasons.

Either way, the opportunity of getting a good deal on taxes that can’t be discharged may make putting up with some risk worthwhile, especially if you don’t have to pay anything towards the dischargeable taxes.

But What If You DO Have to Pay Something Towards Your “General Unsecured” Debts?

Under these circumstances you would be required to pay the dischargeable portion of your tax debts the same percentage that you would pay all of your “general unsecured” debts.

BUT, in most circumstances your income taxes WOULD NOT INCREASE what you would have to pay overall. The money you pay would just get distributed differently.

Let’s say your budget allows you to pay $300 per month into your Chapter 13 Plan that is pegged to last 36 months. That would total $10,800 paid overall. Assume you owe $5,000 in recent (nondischargeable) income taxes, $4,000 in older, dischargeable taxes, plus $30,000 in credit card/medical “general unsecured” debts. (Let’s simplify the math by disregarding trustee and attorney fees.)

Out of the $10,800 being paid into the Plan, the first $5,000 would go to the nondischargeable (newer) tax. The remaining $5,800 would go to pay a portion of the $34,000 in “general unsecured” debts (the dischargeable taxes plus the credit card/medical debts). At that rate these “general unsecured” debts would be paid about 17% of what was owed on them.

Now assume that you don’t owe the $4,000 dischargeable income tax. Then the remaining $5,800 would instead be divided among only the $30,000 in credit card/medical debts, resulting in them getting paid about 19% of those debts.

Notice that in these two scenarios you pay the same amount—$300 per month for 36 months—all based on your budget. The only thing that changes if you do have dischargeable taxes is that some of the money that would have gone to other “general unsecured” debts gets spread out over the taxes, simply reducing by the same amount what you pay towards the other “general unsecured” debts.

If you owe both taxes that would be discharged in a Chapter 7 case and those that would not, don’t necessarily shy away from Chapter 13 because you fear that you’ll have to pay something instead of nothing on the dischargeable taxes. You may indeed not need to pay anything. And even if you do, it’s often no more out of your pocket than if you did not owe those taxes.

Filing “Chapter 20” to Defeat the Chapter 13 Debt Limits, and More

October Tax Season: Can Bankruptcy Get Rid of My Income Tax Debt?