Try to file bankruptcy before an income tax lien gets recorded. But if you can’t, here are the effects of a tax lien under Chapters 7 and 13. 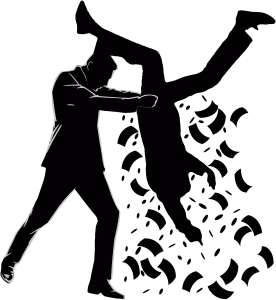 Image by Eric Perlin from Pixabay

This blog post continues a series about the smart timing of your bankruptcy filing. (It was interrupted by two blog posts updating federal unemployment benefits.) The last in this series was about how good bankruptcy timing prevents you from paying certain income tax interest and penalties. We ended with this: “The effect of a tax lien depends on whether the tax at issue qualifies for discharge, and whether you file a Chapter 7 or 13 case.” That’s today’s important topic.

The recording of a tax lien by the IRS or state often causes extra headaches. So it’s usually better to file your bankruptcy case before you’re hit with a tax lien.

But you may not see your Kalispell bankruptcy lawyer until after that’s already happened. Or your lawyer may advise to you wait to file for some tactical reason. That reason may be related to your income tax debt(s). It’s not unusual to delay filing until the tax meets the conditions for discharge (full write-off). While you’re holding off on filing, you run the risk of the IRS/state recording a tax lien.

If you’re waiting to file on the advice of your bankruptcy lawyer, he or she will likely tell you about the risks and potential effects of a tax lien. The following outlines what you may hear.

The recording of a tax lien gives the IRS/state a security interest on everything you own. Your assets then become collateral on the tax debt.

Actually, where or how the IRS/state records the lien determines the assets that it covers. Usually, one tax lien covers your real estate, while another covers your personal property—everything else you own. Look carefully at the wording of the tax lien to see what tax years it covers and what assets it encumbers. These details matter as you and your lawyer determine the effect of the lien(s).

Assume you file a Chapter 7 “straight bankruptcy” case and you owe a tax that does not qualify for discharge.

The recording of a tax lien on such a tax does not greatly affect what happens in that bankruptcy case. As discussed in our last tax-related blog post, you’ll have to arrange to pay that tax after completing your bankruptcy. You’ll also have to pay the ongoing interest and penalties.

The tax lien may put more pressure on you to make those payment arrangements. You’ll also want to get reassurances that the IRS/state will not take any other collection actions while you pay as agreed. The lien will also motivate you to pay the tax as fast as possible to get a release of the lien.

You’ll usually go this Chapter 7 direction if it will discharge your other debts so that you can reasonably pay off the tax debt(s).

The situation is somewhat similar under an “adjustment of debts” Chapter 13 case. You still have to pay the tax that doesn’t meet the timing and other conditions of discharge. But you do that through your 3-to-5-year Chapter 13 payment plan. This gives you the benefit of not having to make payment arrangements with the IRS/state. The Chapter 13 procedure does that for you.

You just pay your monthly play payment, and your tax debt is incorporated into that. The IRS/state must comply with the “automatic stay,” which prevents all your creditors from taking any collection action against you. At the end of your case, you will have paid off the tax. So the IRS/state will release any tax lien related to it.

A pre-existing tax lien in the Chapter 13 context can be meaningful in one way. The tax lien affects the payment of interest and penalties.

In a Chapter 7 case with a nondischargeable income tax, you have to pay all interest and penalties. That’s true regardless of whether there’s a pre-filing tax lien. The tax lien mostly serves to put more pressure on you to make payment arrangements and pay it off fast.

A Chapter 13 case is different. If there’s no tax lien, you would not have to pay ongoing interest and penalties. You’d likely pay only a portion of the penalties accrued as of the date of filing the Chapter 13 case. Sometimes you’d pay none.

But with a tax lien, you must generally pay ongoing interest in your Chapter 13 payment plan. That can add how much you must pay into your plan and thus how long your plan takes.

A Income Tax Lien on a Dischargeable Tax under Chapter 7

The effect of a tax lien on a tax debt that otherwise qualifies for Chapter 7 discharge can be huge. The Chapter 7 case would usually simply discharge that debt, so you would owe nothing.

But if there’s a prior recorded tax lien, that lien survives the bankruptcy case. The discharge of the tax debt does not legally affect the lien. Then the key issue becomes the value of the assets to which the lien attaches.

If you don’t have any real estate and your other assets are minimal, the IRS/state has less leverage over you. Especially if the tax debt was not large, some tax entities will then voluntarily release the tax lien. Both the tax and the tax lien would then be gone.

But some tax entities are more aggressive. This is more likely if the amount of the dischargeable tax is relatively large. They will leverage their tax lien to require you to pay all or part of the tax debt. They won’t release their lien otherwise.  Sounds unfair considering that the debt is otherwise dischargeable. But that’s the potential effect of the tax lien.

This leveraging is understandably much more likely if the assets to which their tax lien(s) attach are substantial. And in particular, this is true if that asset is equity in your home. You could be made to pay an entire tax debt that otherwise qualifies for discharge because of a tax lien.

So there’s a lot of uncomfortable ambiguity when you have a tax lien on a dischargeable tax in Chapter 7.

An Income Tax Lien on a Dischargeable Tax under Chapter 13

A lot of this ambiguity is resolved in a Chapter 13 case. That’s because there’s an efficient procedure for determining the effect of a tax lien.

You and your Kalispell bankruptcy attorney will propose the value of assets that are encumbered by the tax lien. That’s done in the Chapter 13 plan you file with the bankruptcy court. You’re effectively stating what you believe to be the practical value of that tax lien, and thus the amount you’ll pay.

The IRS/state can object to this proposed treatment or not. If it objects, the value and amount you pay are usually negotiated, or if necessary decided by the bankruptcy judge.

Or, as is often the case, the IRS/state does not object. That often happens if what you and your bankruptcy lawyer propose are reasonable. Next, whatever you proposed becomes the court-approved plan. Assuming you pay off the plan as approved, that will take care of the IRS/state. Then at the end of the case, the judge will discharge the remaining debt. With the debt gone, the IRS/state will then release the tax lien(s).

A Fresh Start with an Income Tax Lien on Your Home

Beating a Recorded Income Tax Lien on Your Home

How Bankruptcy Handles . . . a Recorded Income Tax Lien that Attaches to No Equity

How Bankruptcy Handles . . . a Recorded Income Tax Lien that Is Fully Secured by Your Assets