Paying your stimulus money to various combinations of creditors, in the hopes of avoiding bankruptcy or before a planned one, is dangerous. 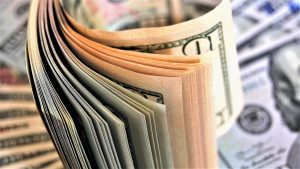 Image by pasja1000 from Pixabay

Before You Make Decisions About Your Stimulus Money That Hurt You

Last week we introduced the radical idea that the best use of your upcoming or already received $1,400 stimulus money might be to pay for a bankruptcy case. We focused then on how to figure out when you should throw in the towel and decide to file bankruptcy. One clue is if you find yourself making questionable decisions. That can tell you that you’re starting to feel desperate. Then the bad decisions can turn your situation even worse.

The problem is that you often don’t have enough information to know whether a financial decision is a smart one. They often involve knowing legal information that you would have no reason to know. It’s often impossible to know what is sensible and what is not without knowing the legal consequences. Today we give some examples where sensible-seeming choices end up being a mistake.

You might figure the IRS will just take your $5,600 stimulus money in payment for the tax you owe. Not true: the stimulus payment “cannot be offset to pay various past-due federal debts or back taxes.” IRS News Release, March 12, 2021.

You also figure the IRS will put a tax lien on your home or other possessions at any time. You are afraid of your paycheck getting garnished, and your employer finding out about your tax debt. These two likely ARE realistic fears.

So you decide to pay the $5,600 to the IRS and then work out a monthly payment plan for the balance.

Maybe Don’t Give the IRS Your Stimulus Money

Under certain circumstances paying your stimulus money to the IRS would essentially be a waste of $5,600. And it could be a waste of whatever else you’d pay on this $10,000 debt. That’s because you may be able to completely discharge—legally write off—that debt. The tax just needs to be old enough and meet a couple of other conditions. You could do that with either or Chapter 13 “adjustment of debts.”

The $10,000 income tax debt might qualify for complete discharge under a Chapter 7 “straight bankruptcy.”

Even if it wouldn’t qualify (such as if it were too recent), Chapter 13 “adjustment of debts” could really help. It would give you a lot of flexibility in paying off the tax debt. You may well have more urgent uses of the stimulus money—paying child support or catching up on a mortgage. With Chapter 13 you’d pay the IRS more on your own schedule, and likely avoid additional interest and tax penalties. Plus, you’d be protected from the IRS’ aggressive collection activities in the meantime, as well as from other creditors.

So, in this example, if you’d financially invest in bankruptcy that could save you $10,000 (plus future interest and penalties). Or at least it would enable you to better prioritize your financial obligations. Either way, it would buy you peace of mind in the meantime.

There are literally dozens of other situations like this IRS one where a sensible-seeming decision can backfire on you. Here are a few more.

Waiting for the Stimulus While a Creditor Gets a Judgment Lien

For many people, the stimulus payments have already arrived or are coming very soon. But for some people, it’ll take a while. If you own a home, be careful about letting a creditor get a judgment against you in the meantime. The judgment can turn very quickly into a lien against your home. So instead of having a debt that you can completely wipe in bankruptcy, it’s one you have to pay in full. Plus you risk losing your home in the meantime. Instead, filing bankruptcy would prevent the judgment and the judgment lien. Get legal advice before these kinds of irreversible events happen.

Dividing up the Stimulus Payment Among Your Creditors

You get the stimulus payment and decide to do “the honorable thing.” You distribute the money among all of your creditors. Several months later you’re back to not being able to pay your debts. You end up filing bankruptcy a year from now after a creditor has garnished your wages for several months. While your pay was being garnished you didn’t have the money to pay the bankruptcy filing fee and lawyer fees. The end result: you effectively lost the benefit of the stimulus money. Then you paid out more money than you would have otherwise. You dealt with lots more aggravation. And delayed starting to rebuild your credit another year.

Paying the Stimulus Payment to the Most Aggressive Creditor

You pay the stimulus check to your ex-spouse for back child support. That makes a lot of sense in most situations. There is no more legally powerful and scary creditor than the ex-spouse or the support enforcement agency. But let’s say you lose your car to repossession because you didn’t pay the money there instead. If you filed a Chapter 13 case instead of paying the ex-spouse you could stop both the repossession and support enforcement. This would happen for long enough for you and your bankruptcy lawyer to put together a payment plan that would eventually satisfy both. And there’s a good chance you could reduce both your vehicle payment and the total you’d pay on that debt.

Paying the Stimulus Payment to a Favored Creditor

Mistakes to Avoid–Prevent Judgment Liens against Your Home

Mistakes to Avoid–Selling Your Home out of Desperation