Cramdown lowers vehicle loan payments and the total paid on the loan. But you can also get similar benefits on other personal property debts like a cramdown on furniture. 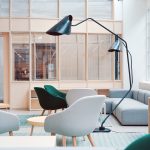 Photo by Toa Heftiba on Unsplash

Our last four blog posts have been about Chapter 13 cramdown of vehicle loans. For most people filing a consumer bankruptcy case, their vehicle loan is their most significant personal property debt.

But cramdown can also apply to debts secured by personal property other than your vehicle. Some examples are furniture and appliance loans, secured credit cards, and pawnbroker loans. Cramdown on such obligations can reduce both monthly payments and the total you pay on the debt. Often both your immediate savings and the long-term savings are significant. If you’re behind on payments, you’d likely not need to catch up.

If the secured debt is large enough, or if keeping the collateral is important enough, the opportunity to cram down the debt may be reason enough to file under Chapter 13 “adjustment of debts” instead of Chapter 7 “straight bankruptcy.” Or if you have decided on Chapter 13 for other reasons, the savings on your non-vehicle personal property loan(s) will likely help you have a successful Chapter 13 case.

Bankruptcy law divides an undersecured debt into secured and unsecured portions. See Section 506(a)(1) of the U.S. Bankruptcy Code. (“Undersecured” means that the collateral securing debt is worth less than the amount of the debt it is securing.)

Chapter 13 cramdown allows you to create new payment terms based on the secured portion only. Besides the reduced amount of principal that you are paying, the payments usually stretch out over a more extended period. The interest rate is often also reduced.  These all typically result in a reduction in the monthly payment.

Then you pay the remaining unsecured portion usually only to the extent that you can afford to, if at all. That generally reduces the amount you pay before you own the collateral-free and clear at the end of your case.

Assume you bought both bedroom and living room furniture a year ago for you and your kids. You had moved to a new job and thought you could easily afford the monthly payments. You financed the entire $5,000 price of the furniture, at 15% interest, and monthly payments of $200. The first payment was not due until six months later.

But now a year from the purchase, the income from your new job has not turned out to be as much as you’d expected. Plus some old income tax debts have caught up with you. So now you’re filing a Chapter 13 case.

What happens to the furniture debt? It’s an undersecured one, with the depreciated furniture now worth only $2,500 while the debt is still $4,500. (That high balance is because of the six months of no payments and then irregular payments the following six months.)

You’d pay the $2,500 secured portion of the debt over the 36 months of the Chapter 13 payment plan. The annual interest rate would be lowered to around 5%. The resulting monthly payment is only $75 per month.

The remaining $2,500 unsecured portion of the furniture loan would be lumped in with your other general unsecured debts. You’d pay it only to the extent that you had money left over during your payment plan after paying your other more important debts (such as your unpaid income taxes).

Just as importantly, paying only $75 per month instead of $200 would ease up on your cash flow. That would give you crucial money each month for either necessary living expenses or high-priority debt—such as taxes). This could make it possible for you to meet your Chapter 13 goals—such as paying off the taxes.

Cramdown Timing Condition on “Any Other Thing of Value”

There is one timing condition related to personal property debts secured by other than a “motor vehicle.” If you bought “any other thing of value,” cramdown is not available for one year after its purchase. Section 1325(a)(5) of the Bankruptcy Code, and the “hanging paragraph” referring to that subsection found right below Section 1325(a)(9).  Cramdown is available after that 1 year has passed.

Cramdown on Vehicle Not Bought for Personal Use

Example of Reaffirming vs. Cramming Down Furniture Loan